So 31st January has long passed which means most of you Self Employed have paid your tax bill. This is never going to be good but when Payments on Account kick in, it’s doubly rubbish and you’ll be currently saving to pay the 31st July bill. So why do some just pay in January and some have to pay in January and July? It is simple but always seems quite complicated when you start to explain how this works but here goes. 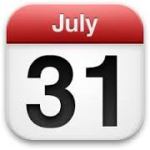 Firstly payments on account kick in when your tax due for the year is in excess of £1000. Each payment on account is for half your previous tax bill and the payments are due on 31st January and 31st July.

Any tax overpaid in advance will be refunded with interest and if you know in advance that your next year’s tax bill will be lower, the payments on account can be reduced.

It’s always best to get your tax bill calculated as early as possible so if you do have a nasty bill, you have longer to save for it or if you have overpaid, you get your money back earlier.